“Dude, this babe is fine. You remember when I tell you a babe fine like mammy water?”

“Which babe? Your frog eyes don begin roam around abi? Instead make you concentrate on the yeye best boy contract wey you collect from Samo. Meanwhile, your best girl no bad o”

“You and Sam are descendants of Galatians. Which babe you think say I dey talk about before? M-U-M-U. Just take your ashawo eyes off her”

“Sha face your best man duty. That fine chiquito must not pass you by o. E go pain you at the end of it all if that ever happens”

“You’re just dumb. You no get better babe for hand yet you dey form for babe wey fine pass all the rubbish ones you carry around. Ogbeni, clear jor”

That was me and Femi bantering the way we always did. The rubbish Femi is a pain in my neck, not just my behind. Despite his big mouth, we clicked the most in our big circle of seven friends. He was the one I run to anytime I needed anything to get done.

The few minutes of bantering were enough for me to get her attention again. Femi’s words got to me and I knew if I failed to come back to them with a ‘testimony’ after this event, the idiot was going to start my matter. You can imagine the gibberish semi and fully drunk young men would spew in their chemical filled states. At the same time, I was not ready to make a fool of myself in the name of trying to win a female’s attention.

I relaxed and waited for an opening to strike. My penchant for spotting grammatical blunders and bad pronunciation got the better of me as one of the Officiating Ministers took the microphone and started raining different gbagauns on us all. The guy looked too posh to be speaking such terrible grammar;, his diction was not just it.

“Praaaaay the Lord,” he said. The congregants were maybe too excited to note that but my kind of person would never allow it slide. The naughty side of me took over.

“Haaajesuya,” I replied when others responded with “Halleluyah” of various tones and sizes. The Chief Bridesmaid looked at me, shook her head and looked away. That was the cue and I took it without delaying.

“Why are you shaking your head, best girl?”

“You are why I am shaking my head, best boy”

“What’s with the kind of Halleluyah you shouted?”

She smiled after that, the kind that showed that she was amused by my first naughty act of the day. There was more to come if that would bring the pretty Cynthia out of her shell.

“That’s how they say it in my village nau”

“Your village? Where’s that village?” she asked and turned to the back of the wedding programme. Her next comment gave me an insight to the reason for that action.

“Yoruba boy, no wonder. I can bet this man raining vocabs on our head is from that same village of yours”.

Cynthia was trying to take a dig at me, I was seeing an opportunity to engage her; and she was maybe making that happen rather easily after the initial forming. I would never allow pass, the chance to take on anyone whom I see as a tribalist, so I tore into her.

“Does bad vocab have anything to do with your tribe?”

“I wouldn’t know but I know Yorubas can speak bad English to raise a dead body. See Dotun, we’ll debate later. Remember our first assignment is to see this wedding to a good end?”

That was a very nice way to tell me to ‘shut up and concentrate’.

“Sure, we’ll concentrate and get the couple wedded. I’ll then address your ethnocentricity”

I grinned and told her to look to her left where the official photographer of the event was waiting. She looked, he clicked, and deep down within me, I knew it was going to be a very fine picture.

The couple took their vows, and every other thing moved. During the sermon, I chipped in a few funny points to whatever the Pastor said to which she smiled, frowned, nodded or looked at me and shook her head.

When boredom was setting in, I brought out my blackberry and I opened my twitter timeline to check what was happening; then I heard her creamy velvety voice again, like the angels that always appear in Christian movies.

“Won’t you ever stop caressing the phone? You haven’t concentrated for a minute today.”

I looked at her and made a face I was sure represented a mumuish one. That gave her the ginger to come all out at me yet again.

“You are either interjecting into what the Pastor is saying, pressing your phone or distracting me in another way.”

“Wetin nah? Me and you get issue before? You already shut me up when you yabbed Yorubas and I wanted to respond ke.”

She had by now stopped her Queen’s English and was trying to rip into me, I was loving the fact that she spoke, even if she was trying to chastise me. That did not look like it anyway.

“Are you my mama ni, abi why you wan shut me up? Best girl, just lemme alone. Allow make I freestyle”

She just laughed and pointed at me. “You ehn”.

The red light of my blackberry blinked again.

I looked up and the foolish Femi was still typing furiously. I just switched off the phone and stretched it out to Cynthia.

“Hey Mami, here’s the phone. Keep it till after the service if you don’t want me pressing it”.

She looked at me, shook her head and took it, smiling sheepishly. My game was tight already. I was crawling up and gaining her attention after the initial shakara. I decided to not be seen as a jester, so I concentrated as much as I could with my eyes darting to her and back, my mind conjuring scenes – lunch date, hangout, making out, standing and taking vows as a couple…

Service was over and it was time for reception. While we waited for the couple to dance into the hall, we interacted like we had known each other for ages. I was hypnotized as the words tumbled out of her mouth. Not one grammatical blunder and we moved in synergy from talking about weddings, dressing modes, tribes and even sport. She had something to say, and it was factual.

The event was drawing to a close. I was arranging for the couple to get on the way to the airport to get their honeymoon started but there was unfinished business with the ‘best girl’. For all the attention I got after the rough start, I could not bring myself to take her contacts. I was not particular about her telephone number, God punish telephone. I wanted her blackberry pin but there were distractions. By now there was another member of the bridal train with her, one I guessed was her friend. That one had been staring at me all through, I caught her more than twice but she did not stir anything in me.

Sam was calling me by now. I needed to still cozy up to ‘best girl’ but that her friend was eyeing me all sorts, somewhere in-between creepy and disgusting. Creepy in a ‘I-don’t-mind-getting-down-with-you’ way and disgusting in a ‘if-not-me-its-no-one’ way. She was not willing to let me have the attention I earlier had and to make it worse, a rough looking guy had joined the duo. I just hissed and answered my ringing phone.

“What nah, I’ll join you in the vehicle now jor…Who says you don’t have a flight to catch, no be say I dey put things in place ni? Abeg shift jare”

I walked away half-pissed, the game was over.

“Chei! That’s how this babe just used me to pass time at the wedding. I don talk am, Sam na bad market for me”

I was ruminating and walking to the car. My facial expression betrayed my emotions. Remembering I have a Miss World contender as my real girlfriend somewhere close, I smiled like someone who won Baba Ijebu and joined the vehicle, enroute the couple’s hotel to pack and head for the airport. 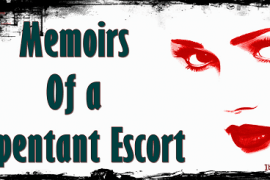