No Immortals’ Code today (don’t stone me please). In its place though, there’s an ebook giveaway! Yayy! Not written by me o. But you can sha come tomorrow for your Immortals’ Code 23.

Here are my thoughts on the book I’m about to graciously give away.

Songs About AIDS 1 should be just another basic comic about choices and consequences but it goes beyond and presents an absorbing angle on the dreaded disease that is claiming lives today.

First of all, in case you didn’t know, this is World Aids Day. Should I say Happy AIDS Day? Nah…it would come out all weird.

This first issue of Songs About AIDS is written by Seun Odukoya, art by Samuel Achema and Solomon Osafile and featuring cover colors by Wale Edu and Samuel Achema.

Frank is a guy who starts from the bottom. But he is ready to conquer the world and Lady Fate has a thing for him. She deals him the finest of cards very fast: he doesn’t have to struggle much. In no time, he is at the top, the world at his fingers. And here begins the tale of the rise, the climax and fall of a young man in modern day Nigeria.

The story by Seun is poignant, regardless of it being only eighteen pages. Frank’s life is a picture of many young men who work hard and ball harder. With a dream job and the promise of making it even higher, he is open to the temptations that face a man of his age and status. In our time, many can relate to Frank’s character. You are either a Frank, dating one, related to one or know one. And even if you’ve never come across a Frank before, the comic gives you an instant connection to the character. The introduction captures you from the first lines “Life. One day you’re on top… Everything’s fine…

The art is a display of colors and captivating imagery. The features of the main character stand out and are consistent till the last page. There is a good use of silhouettes on cameo character to attach reality to the story. The narrative voice, like every good comic, stands out boldly in rectangles and is placed perfectly to keep the story straightforward and rolling.

The storytelling is decorated by Seun’s distinct but splendid writing style. As someone who has read his works, I can pick out a Seun from a sea of other writers but will still be blown away by how his tale will unfold. He knows how to take the simple things we encounter each day and make them stimulating.

Songs About AIDS is a thought-provoking book. In a world where the good life is measured by how much one makes, it tells you not to get carried away by the glitter of existence. It is a reminder that everything one works for can be lost after just one night. Good choices go a long way to ensure that the things of value like our health and ultimate happiness should not be sacrificed on the platter of effervescent pleasure often brought on by wealth. But most importantly, it is a blatant story about AIDS and how we should abstain from wanton sexual behavior and protect ourselves from contracting the disease.

Oh, and it’s also about love and how it can push a man to make the right choices in life.

Songs About AIDS is a short book, though, which is why you should download it, read and share.

Seun Odukoya is the winner of the 2011 Chistell International Short Story competition. He fell in love with words early, thanks to parents who fed him novels and poetry books, which led to his discovery of the use of writing to best express himself.

He is currently working on a full-length romance novel alongside other short story compilations. He released his first book, a short story collection titled For Days and A Night (ebook) in December 2012. In 2011, he wrote the pilot for a TV series titled ‘Learning Curves’. In 2012 he wrote the story and co-wrote the screenplay for the movie of same series. In 2013, he wrote and co-produced a short film ‘Idle Chatter’.

Some of his greatest writing influences are Stephen King and Louis L’amour amongst a host of others. When he is not writing, he enjoys reading, watching movies and listening to music.

You can catch up with Seun and his writings at www.seunodukoya.wordpress.com; you can also follow him on twitter @seunodukoya. 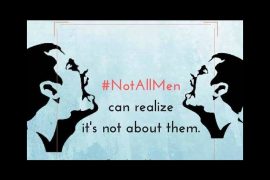