After the marriage, Nkechi told Mama she would love to live with her aunt to give her sometimes to bond with her husband. Mama had mixed feelings, she was overshadowed by assumptions that her daughter is so thoughtful or she doesn’t like Mr. Charles hence why she wanted to leave. Auntie Chinyere was excited when she heard about Nkechi coming over to Abuja. She was so happy. Finally, Nkechi was coming over to stay with them after many years. Auntie Chinyere was Mama’s older sister and she has two daughters, aged thirteen and eleven. When she got married, she beckoned on Mama to hand Nkechi over to her so she will take care of her but Mama disagreed. Nkechi was what she used to console herself whenever she felt downtrodden. Auntie Chinyere cared because Mama was undergoing a therapy and Nkechi staying with her wasn’t good for her growth. At last Nkechi was coming to stay with them.

Her children Mary and Juliet hadn’t seen their cousin before. They stayed in Abuja and most times Auntie Chinyere visited Mama in Lagos, she was always alone. Nkechi admired Auntie Chinyere’s gracefulness. Unlike her mother, Auntie Chinyere was a fashion goddess. She looked younger than Mama and could pass for a woman in her early thirties.

Mr. Charles arranged a personal driver who would drive Nkechi to Abuja, and they embarked on the journey the following day. Mama pecked Nkechi, as she walked towards Mr. Charles and gripped him tightly. Mr. Charles held her too and kissed her forehead before he loosened his grip from her body.

“Be a good girl, Nkechi. I know you are an inquisitive young girl,” Mama said.

Nkechi didn’t say anything, but her facial expressions could tell she concurred to Mama’s words. She got to the car and held the door, and turned staring at her mother and step father. Her face glowed under the sun and she smiled. Mama didn’t smile back but Mr. Charles did.

She waved at them, opening her mouth and baring her teeth. “Take care of my mother, Mr. Charles. I love you,” she said, kissing her palm and blowing out a kiss before jumping into the car.

They got to Abuja and Auntie Chinyere came to the location where they stopped to pick her up. From afar, she saw Auntie Chinyere and a little girl who was the same height as her coming down from a car and now walking towards them. She guessed it was her first daughter. Wow, Mary is all grown up. I think she should be thirteen now according to the age Auntie Chinyere told me the last time she came around, she thought.

They got close, and Auntie Chinyere hugged Nkechi tight. She loosened her hand from Nkechi’s body, and looked at her face. Her palm plastered on her face. “Girl, you are all grown. Look at you. You are taller than me now,” she said.

Nkechi smiled and looked at the girl standing beside them, and she giggled. “How are you cousin?” the girl asked.

“I am good. You are Mary, right?” Nkechi asked.

She laughed. “I am Juliet,” she said, making a face.

“Oops, aren’t you the first daughter? I thought you were.”

Nkechi wriggled her face and it formed wrinkles. Her expressions was looking flummoxed. “Wow, you are so big now. You are eleven, if I’m right?” she asked.

Auntie Chinyere made a sign for the driver to drop Nkechi’s bags. She called one of the boys that strolled around the street with a truck in search of people they will carry their luggages for a pay.

“Hello girls, the discussion will continue when we get to the apartment. For now, let’s go home,” she said, moving her hands in the air before they walked to the car.

She was wowed at how the road was free as her aunt drove them their apartment. They got to a gate, and it has an inscription “Welcome to Ferdinand Estate,” on the uppermost part, a smartly dressed gateman opened the gate. She was wowed by the beauty and calmness of Abuja. Most of the men that strolled past, wore long flowing caftans. Some women wore casual dresses and their hair were covered with turbans. Only few wore hijabs. It was a beautiful estate and she thought this would be a place where some of the elite muslim classes were living.

Nkechi turned facing Auntie Chinyere. She was rotating the steering to turn. “Are those girls hausa? Or Yoruba-Muslims?” Nkechi asked.

Auntie Chinyere smiled. “Why do you ask,” she replied.

“From the little I have read, I thought only Yoruba-Muslim women are liberated. Almost all the Hausa women and girls I know in Lagos put on those hideous cloaks to cover themselves,” she said.

Juliet laughed. Auntie Chinyere looked through the mirror staring at those girls and smiled. “There are quite a lot of liberated Muslim girls here and they are educated. I believe education is the number one priority in achieving woman’s rights. When a girl is educated, every other things fall in place. Hijab can be an option but when she knows her rights, she will make the option based on her wants. For now, they’re restricted to what their religion is for and not their choices.”

Nkechi nodded. “Wow. She reminds me of Mama. I guess grandmother never made a mistake in raising women like them.” 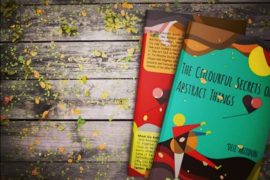 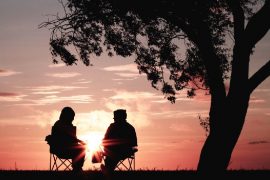 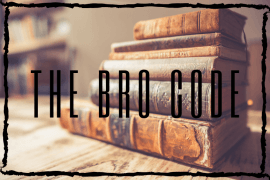