This is a heartbreaking story of a Nigerian soldier who lost his life fighting for this country. Lance Corporal Daniel Emmanuel Nyako was part of the special forces at the forefront of the Boko Haram menace in Borno State. I got to know about him from Debbie. She is a fan of this blog and a friend. She uses the alias Double Dee and you might have come across her comments in some posts. Daniel Emmanuel Nyako was her elder brother and she is shattered by his painful departure.

Many soldiers have gone and no one really commemorates them or remembers them. They fight to make sure we live and they die while giving us our peace. There’s a lot of politics involved and sadly, these men and women are often times caught up in the fire by giving up their lives for us. I have friends in the army, even those serving in Afghanistan right now and all I have is deep respect for what they do. To leave one’s family and the pleasures of life and take up weapons and face death daily is not something the faint-hearted can do.

Soldiers know at the back of their minds that their lives are at stake when they go to war but they do not go there to lose, especially if what they’re fighting for guarantees peace and freedom for the innocent and helpless.  They are there to be victorious and are willing to lay down their lives for the sake of peace.

Daniel Emmanuel Nyako was one of such brave men. And his sister, Debbie wanted me to do this in memory of him.

Here are her own words:

“Daniel was killed while serving his nation and protecting the citizens. All the soldiers said he was good at his job as a ranger. Am glad that he was so good he was a threat to boko haram that they had to plan to kill him with the help of the saboteurs in the Nigerian army. They knew the vehicle he was in and sent shots at his exact location. Even when he managed to jump out and roll to a hiding place they kept on firing at that location directly with an AA.

I remember, during the attack that led to so many soldiers dying and the subsequent removal of the GOC, he was part of the soldiers attacked and when we didn’t hear from him for days we got so worried that he might have been killed, one officer told my sister he said, “Daniel knows his job so well that a bullet would not kill him so don’t worry. He later contacted us and said he was fine. Then again he was part of the people attacked near Damboa, and true to that officer’s words a bullet did not kill my brother. The fragment from an AA hit him in the rib cage, there was no open wound but he bled internally and died afterwards. Am sure it was time that was why he died. I know how he loved been a soldier and he was very good at it. So many of his colleagues have told us they envied the way he knew his work so well and wished they could be like him. If he was an American soldier maybe he would have been celebrated, or his name mentioned as one of the gallant commandos that lived but as a Nigerian soldier all u get is a pre-planned killing and a silent burial with some people at the top getting their pockets filled with blood money. God help us.”

May he rest in peace and may the valiant men and women who have died in this senseless and brutal war against terrorism find eternal solace. May their lives not go in vain.

The Scratch On Your Shoulder #3

The Scratch On Your Shoulder September 26, 2020 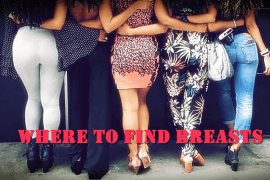 Where To Find Breasts #13 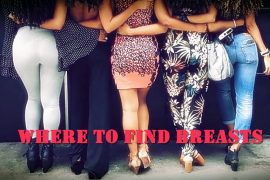 Where To Find Breasts #5

Where To Find Breasts #4

Moskeda Lounge Invitations, End of Fish Brain Vows, Novocaine Knights and Something New
Survey on the Sex Lives of Nigerian Men
Navigate
%d bloggers like this: