The four girls at the back of the taxi are in a swell mood. They laugh and joke, and talk about the Valentine’s party they are just returning from. The taxi driver is silent, his mouth set in a tight line. His eyes occasionally flit disapprovingly to the girls in the rear view mirror. He will gossip to his wife when he returns home of four young girls he picked up who had on too much make-up and were returning from a party looking wasted and talking about boys, and he and his wife will shake their heads and cluck and tsk-tsk self-righteously at ‘shidren of nowadays’, mouths curled downwards judgementally.

The taxi’s speed reduces from its brisk cruise to a slow glide. There’s a police officer standing in the middle of the road. His stance is combative, legs spread slightly apart and planted rigidly, arms folded at the chest. The yellow lights from the streetlights overhead flood the street, and his black uniform stands out in sharp contrast to the harsh, artificial glow. It is reminiscent of spotlights trained on the sole actor in a play on an eerie, hazy stage.

“Come out! Come down from the car!”, the police officer barks when the taxi stops in front of him, spittle flying from his mouth, discoloured teeth flashing.

The four girls at the back of the taxi fiddle with door handles on the inside for a few panicked seconds, and one door springs open.

The taxi driver is already standing beside the driver’s side, his hands splayed out on top of the taxi, body pressed to its blue-and-yellow steel frame. Six more police men amble over, shirts untucked, batons swinging, one with a toothpick hanging between his lips, another making a sucking sound between his teeth.

The ladies crowd out of the taxi, their six inch heels clack-clacking on the hard asphalt. Annoyance is written all over their faces, with discernible undertones of fear and panic.

“Wia are you coming from?” a policeman asks, his gleaming eyes skittering over the girls’ legs, breasts, faces.

One of the girls starts to speak. She squirms uncomfortably, as though the policeman’s gaze tickles her. The arms folded tightly over her chest squeeze even tighter. Her brown eyes are wide with fear now, all irritation gone.

“Do you know what the time says?” the officer continues. “All this children wey don spoil. No home training. 12 in the night na im una dey waka upandan.” One arm is stretched towards the girls now, palms upturned, the other hand strokes the baton at his waist, his mouth is curved upwards in a sneer. His eyes, those gleaming black eyes, still skitter over every inch of the girls.

One officer gestures dismissively to the taxi driver to leave, and the driver springs into the vehicle and zooms off, tires screeching, grumbling about his unpaid fare and that he has been driving from a far place.

The girls start shivering lightly. The air is suddenly colder. Without the shadow of the taxi, the yellow streetlights cast their harsh glow over the girls and the policemen.

The girls clutch their bags tighter to themselves and begin to refuse, shaking their heads vigorously, eyes wide. They have all become scared little girls again.

“I say make una open ya bag jor.” The officer screams and pulls out his baton, drawing it out like a sword.

“Abi you wan make I beat una. I dey beat woman o. Ask people wey know me. I dey beat ashawo well well.” To demonstrate, he smashes the baton on the road. The girls jolt and begin to scramble clumsily and struggle with zippers and locks.

The girls offer their now open bags and the officers grab and rifle through them. Tubes of lipstick, wraps of chewing gum, hand-held mirrors drop to the ground. The policemen pocket naira notes and scan through smartphones.

After a time, they hand the girls their bags, without the phones.

“Move!” the first one orders.

The girls jerk. One begins to protest angrily, her voice shrill and loud against the utter silence.

“Which kain wahala be this na? Why you go just dey…”

“Move jor! I say move!” The officers start to shove the girls roughly, and one uses his baton to give them half-hearted thumps on their backs, buttocks, legs. The girls shuffle and shuffle toward a police van, giving short, strangled shrieks, their heels clicking unrhythmically.

They reach the van now. It is coloured a faded black that must have once shone, and mottled in some places with brown rust patches and the dull glint of old silver steel where the paint has peeled off.

“Hands up!” An officer commands loudly. “You are under arrest. All of una. You are under arrest for causing nuisance to the people and for moving around in the night like thief. Ashawo is against the law of the country. Enter, we dey go station.”

The girls burst into varied protests.

“Please let me call somebody…”

An officer drags a door open.

“Shut up jor!” he screams. “Oya. Enter.” He makes a sweeping gesture towards the dark interior of the van.

The girls are pulling back now, screaming and struggling.

“Why you go dey arrest…”

“How much una want?”

“Enter my friend!” he screams again as the other policemen shove and muscle the girls into the van.

“Idiots.” He spits out with disdain. The door on the opposite side springs open, and a girl jumps out, another right behind her. Two policemen block them off and shove and push and lift them. Eventually they are deposited roughly, kicking and screaming, into the van.

A policeman jumps in the driver’s seat and three jump into the open rear of the van.

“We no do anything…”

“If una no do anything, why una wan run comot?” A policeman says, his logic unassailable, like that of the seven year old who insist dragons exists and asks if you lived during the dinosaur age so how did you know it didn’t.

The officer driving turns the ignition and the van coughs into life, and drives leisurely away. Inside the wound-up windows of the van, the girls scream for help, and the policemen laugh and taunt.

Morning comes. Trees are damp with dew, a cold, brisk wind shakes the leaves on trees. The sun is rising, a gentle yellow light in the blank, bluish-grey sky. Those harsh fluorescent streetlights have gone dark.

A beggar is smiling, his discoloured teeth peeking through his dry lips as he picks up a 50 and 20 naira note, and three tubes of lipstick, two bags and two clutch purses. He says a brief prayer to God for the money he will get when he gives them to the Mallam to sell.

One of the four is lying on the black, long sofa at her father’s house. Her face is ravaged and pale and streaked with tears. Her jeans are stained at the knees. She is still wearing the blouse she wore last night. It has been torn. Her father is making beside her, screaming angry calls to a judge, the DPO, a lawyer. Telling them to make those disgusting bastards called police officers pay.

Another is in her self-contain apartment, applying make-up to cover the bruises on her face, and tugging on her work ID card. The make-up hides the bruises, but her face is still pale, and her eyes are dull and flat. She limps slightly. The pain between her legs is almost unbearable, but she has to work. She winces and turns away from the mirror and walks towards the door, opens it and heads out to work.

The third is holed up in her room, lying on the single bed staring at the ceiling, eyes blank as an empty sheet.

“You no dey go class today?” Her friend asks, poking her head in the door.

The girl shakes her head, slow and listless.

“See this one. Wetin do you?” The friend asks, her piping voice lowered, her eyes quizzical and searching.

The girl shakes her head again in the same mechanical manner.

“This one wey you dey do like this. Hope say you no sick?”

The friend closes the door gently. She does not see the silent tears streaking out of one eye of the girl’s.

It’s midmorning now. The sun is high in the sky, and the air is thick and humid. People buy newspapers from the vendor. In the Metro Section, a headline reads

Police investigation show she was raped.

We’ll get to the bottom of this, Inspector Kenneth says.

Over in the police station, seven policemen have signed off night duty, and headed home to their various lives to sleep. Everybody else is going on with their lives.

Precious Oluwatobi Emmanuel is a 500 Level Law Student of the University of Ilorin. He was born on 15th January, 2000. His story ‘Trapped’ was longlisted for the Okadabooks/Union Bank Campus Challenge, and one of his short stories have been published in his university’s anthology. He enjoys reading novels of all kinds, and watching cheesy comedy shows. He writes from Abuja, where he lives with his Dad, and Kano, where he lives with his Mom. 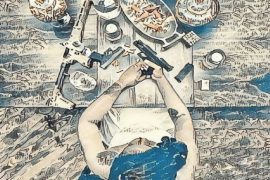 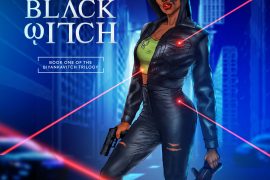 Excerpt From The Black Witch 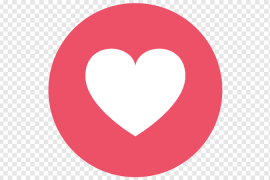 Long Night #13
From Home To Rendezvous #1