Rosaline pushed the man onto the bed. She struggled to remember his name as he fell backward. Michael or was it, Gabriel? All she knew was, it was a Christian name and it ended in “el’ just like Daniel. She shimmied out of her gown and climbed onto the bed with him. He grinned like a fool and started to speak. She cut him off with a finger against his lips.

“Shush, little one.” She said in the sexiest voice she could muster without her disgust showing. “Let momma do all the work.” She hated Daniel for turning her into this. It had been weeks since she had returned, but he only had eyes for that his new girlfriend. Morayo, she shuddered at the thought of the name. A disgusting Yoruba girl had stolen her pet. She pulled on her current prey’s trousers. He lifted himself to help her get it off.

“You are in for a treat tonight little one.” She fished inside his boxers and grabbed his already engorged cock. A few strokes of her hand and the silly man was already breathing hard. Men were so easy. She had always been able to control them. Not even Daniel had been able to resist her. At least not at first. She rolled her eyes as she felt her partner’s hand behind her head, urging her to suck on his dick. She complied.

Her tongue traced a path down his shaft, all the way to his balls. And then she slid back up. She stopped at the cap, licking just under it. Few people knew how sensitive that part was. There was a concentration of nerves there that made it ultra-sensitive. As if to buttress her point, she heard the man take a deep breath and his thigh muscles tensed. She smirked before taking him in her mouth. Her tongue rolled around the dick cap while her delicate hands stroked his shaft. She felt him pulse in her hands. She was driving him to the edge and she was loving it. Tonight, this man would be Daniel and she would play with him until he broke.

He erupted into her mouth a few minutes later. The pleasure was obviously too much for him to handle. She continued to suck as he filled her throat with his cum. He groaned in frustration, his hands desperately trying to get her to stop. She paid no heed to them. She continued to suck. His balls were empty now, no longer as filled as they were before. His dick was still just as hard. It could not go soft, not while her tongue still worked its magic and her hands still stroked. When she felt he had been tortured enough, she let him out of her mouth. He had a sharp intake of air as his dick met with the relatively cold air.

Rosaline moved to place her pussy against the shaft of his dick. She trapped the dick between her wetness and his belly. He groaned at the heat of her sex. She began to rub herself against him. This position gave her a feeling of power that almost no other position could give. She rubbed even faster, enjoying the look of pleasure mixed with discomfort on his face. She grabbed his shoulders for support and moved to rub against just the top of his dick. She could feel him straining to enter her. She smiled and fell against his chest, burying her face in the ridge of his neck. He slipped inside her at that moment and she had to bite his shoulder to keep from screaming out in pleasure. God, he was big. She could feel his pulsing member stretch her out. His movements were erratic. As if he was desperate for release. He grabbed her buttocks firmly and continued to thrust, she moved her waist to match his thrusts. She would not give him control. He was her pet, not the other way around. She sat up and buried his entire shaft inside her. He stopped thrusting to adjust to the warmth of her insides, she took back control at that moment. She grabbed his hands and placed them above his head, pinning them down with her weight, she began to move. She ground her clit against his pelvis as she gyrated her waist.

She locked eyes with him, staring intently at him, her waist continued to move.

And he did, spraying her insides with the second seed of his balls that night. Her waist continued to move as she felt his baby batter squirm around inside her. His final spurt triggered her own orgasm and she had no choice but to succumb. She fell against him, both of them breathing hard as the afterglow of orgasm faded.

Rosaline rolled off him and smiled, “You did well. Momma is proud. Give me a few minutes and then we go again.” She patted his chest and closed her eyes.

The next morning, in another part of town. Daniel was having the tensest morning of his life. The previous day, his girlfriend and love of his life Morayo had agreed to spend the week at his place. They basically spent all their time together, but now she was living in his house. It was just a week but it seemed like she had just agreed to marry him instead. She had come over the previous night and after they had made sweet love they had fallen asleep in each other’s arms. Now he was awake and he could not be sure he hadn’t dreamt of all of it. He could feel her weight on his arms, but it felt so light, it could as well be a pillow. He stared at the ceiling for a while unable to bring himself to actually check if she was there.

“How long are we going to laze around?” her voice drifted into his ears, allaying his fears, “I know we both took the week off at work but are we just going to spend days looking up at ceilings and into each other’s eyes?”

He rolled over to face her and smiled, “Ms. Morayo Phillips, would that be such a bad idea?”

He laughed as he got out of bed in only his boxers. “If I get you food, will you give me food too?”

“Depends on how happy you make me today.” She replied, a lazy smirk on her face.

“I guess, I’ll have to bring my A-game today then.”

When they made their way back to his house. She told him about Kunle, his incessant visits, his calls, his moves to get him to meet her.  She told him of how much Kunle scared her. Her ex made her feel vulnerable, in ways that she could not explain. Then she mentioned the incident between Kunle and Segun. They had a good laugh at that. In return, he told her about Rosaline. Morayo flared up and promised to tear off Rosaline’s face. They laughed at that and held hands once again.

Once they got home, he lifted her into his arms. And he carried her bridal style into his room. He dropped her onto the bed with an exaggerated flourish and smiled,

“I feel like we just unlocked another level in this relationship thing.”

“I know. It feels like I can be vulnerable with you.”

He nodded and leaned down to kiss her. She grabbed his head firmly and returned the kiss with equal passion. They took their time as they made love that night. And then they had reckless wanton sex, mating like animals in heat.

Tayo dropped by the next day. She and Morayo had a girl’s day out. They went window shopping and actually ended up buying new clothes and shoes. Then a stop at the spa for some tender loving care. Morayo was feeling like a princess by the end of the day. That night, when Tayo dropped her off, she was happy to know Daniel had such a good friend in his life and now apparently her life. She found herself smiling at the idea of marrying Daniel just to remain friends with Tayo for the rest of her life. She stepped into the house to meet a meal waiting for her.

“I would have loved to say me, but my cooking skills are barely passable. I hired a chef to make us dinner.” Daniel replied, a sheepish smile on his face.

They had dinner and all was right in the world.

Meanwhile, Kunle was ending a call.

The voice on the other end confirmed.

“Okay, thank you. I will send you your money now.” And then he ended the call.

He sent the money, a small pittance compared to the information he had bought with it. With what he now knew, he could end Morayo’s new relationship. He would then swoop in to save the day and rescue her. He would be her hero. He began to laugh, waking up Hadizah who was sleeping on the bed next to him. She wordlessly moved between his thighs and began to suck his dick, turning his laughter into groans.

From Home To Rendezvous #1
Leaving 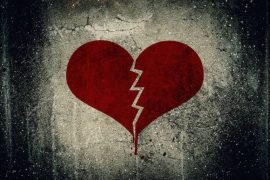