Guest blogger, Dexter, takes us on a long, steamy night.

As Morayo stepped out into the night, her lucky partner being dragged behind her, she wondered how she got here, pulling a stranger she had met at the club to her car to take him to her house and fuck him like a feral beast, how she got here was a mystery, that much was sure, but she knew that the heat she felt between her legs could only mean one thing an one thing only, she needed to have her brains fucked out.

They arrived at her car and while she fumbled for her keys, she felt his hands draw her back into his embrace, his hands wrapped around hers, as his mouth found her neck, nibbling on it and placing soft kisses here and there. Kisses that drew slight moans from her and stopped her hands from finding her keys.

“My keys, we need the keys.” She managed to get out amidst her soft mewling.

“There’s no rush, we have all the time in the world.” He replied, his breath cooling her suddenly warm skin.

His hands started to roam, rising softly to cup her breasts, still sadly hidden beneath the confines of the black gown she wore. She suddenly hated the gown, wishing it would magically burn off and leave her naked.  Damn she was horny, or why else would she be considering banging a stranger, especially in the middle of a club parking lot. He pushed her towards her car door, leaving her with her ass shooting out. He knelt behind her and raised her gown. His breath caught as he took in her ass, she was proud of her ass, not as big as Kim Kardashian, but it was somewhere just beneath that, a fine result of African genes and squats.

He groped her cheeks hard, placing kisses on both, alternating between squeezing and kissing, she could her wetness threatening to escape the confines of the lacy panties she wore. Thank God she had not gone with her default choice of granny panties after all, she would thank her roommate for that later.  Her roommate, she should definitely remember something important about her roommate, but his work on her behind combined with three months’ worth of abstinence was making it hard to think clearly, she would have to remember later.

He kissed her pussy through the crotch of her panties, the action had her gripping the car for support. She was definitely in for a long night. His lips moved down her thighs, kissing their way down to her feet and back up to her ass. He slowly pulled down her panties, asked her to step out of them and turn to face him. Morayo obeyed like the puppy that she currently was.

She watched him closely as he brought his face near her pussy and she felt herself contract in anticipation. He disappointed her by only breathing on it before kissing his way down her thighs. She was starting to get pissed. She wanted to be touched and taken by a wild man and not all these nonsense gentlemanly shit, especially seeing as they were in a parking lot, she would prefer he not take his sweet time. As if he could read her mind, or perhaps her frustrated groans finally reached him, she didn’t know, all she knew was that he pushed her up firmly against the car door, before draping both her legs over his shoulder, leaving his face buried directly over her pussy.

And then he started.

Whatever he was doing to her, she didn’t know, all she knew was she didn’t want him to stop. His tongue was tearing down her defenses at a rate that astounded her and left her completely unable to do anything but enjoy the flow. Normally she was in control in bed, directing the flow and controlling the pace, but here she was; legs hanging over the shoulder of a stranger, her back against a car door in the middle of the night grinding her pussy into a stranger’s face and boy was she loving it. Tonight was definitely her best night in a long while and it was not even over yet, hell it had barely even started.

She could feel herself coming close to release, she gripped his head, driving it even further, effectively cutting off his air supply. A part of her brain screamed to let him breathe, but a bigger part combined with the fact that his tongue refused to give her pause effectively shut that part up as she came. Her release was loud and intense, definitely about a month’s worth was gone in that first orgasm. She knew she would get her balance before the night was over, one way or another.

Her legs fell limply off his shoulder and she would have followed, had he not held her up.

“That was delicious. I guess this means I get to drive seeing as your legs aren’t working fine.” He said as he fished her keys from her bag and helped her to the passenger side of the car. “Where to madam?” he said as he buckled himself into the driver’s seat.

It was a slow drive back home, as if he was sightseeing. She appreciated the fact that he wasn’t speeding seeing as every jostle would her had her clit tingling again. It still throbbed slightly but not as much. She looked at the man driving her car once again, taking in more of his details no longer hidden by dim club lights. He was pretty average, dressed in jeans and a top and the shadow of a beard graced his face, which explained the prickles she felt when he was kissing her neck. On a normal day, he was definitely not her kind of guy, but with the kind of orgasm he had just given her, she didn’t particularly care if he was or not. Perhaps he deserved a “thank you” for that.

She reached out to rub his thigh, urged on by the fact that her hand met his already erect dick instead, she gripped it through his jeans and squeezed, drawing a low groan from him.

“I am driving here.” He called out in warning.

“Well you do that and try to keep us alive and let me do my thing here.” She said as she leaned over to his seat and brought out his dick. It was not exactly huge, definitely not Mandingo but it would do the trick. She licked the pre-cum already glistening in the tip of his dick, eliciting a sharp intake of breath from him. She looked up at him, slowly licking the crown, enjoying the struggle for control as he tried to keep the car moving in a straight line. She teased him for a few more seconds, before she lost control and took his dick in her mouth. She bobbed up and down on his shaft, slobbering it up with saliva and taking it as far as her throat would allow. She would take his entire length for a few seconds before coming back up for air, stroking his shaft with one hand and fondling his balls with another.

“Do you have sensitive nipples?” She asked mid stroke.

“I don’t know, never had cause to check.”

“Hmm, let me check.” She said as she kissed his nipples through his shirt while still working on his shaft. His dick twitching in her hand and the grinding of his teeth gave her, her answer.

“We will have to explore that later.” She replied as she replaced her hands with her mouth once again. Using her tongue to lick the shaft as her lips sucked on his crown.

She came up for air and wiped her mouth with the back of her hand.

“Good Job, now take us home.” She said as she buckled herself back in.

It would be a long night indeed. 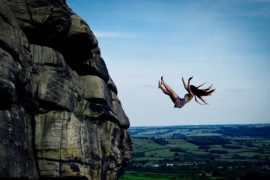 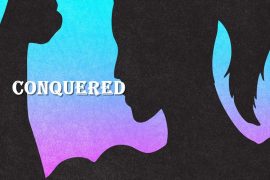