Omoge Campus is brought to you by Fatimah. She’s a friend and a lovey writer.

My father sent me to UNILAG as punishment. I’m Temilade Ade-Doherty, the first child of multimillionaire, Adetokunbo Ade-Doherty. My offence, I was proving to be a rebellious child and sending me to America would give me freedom to go out of hand. Also, daddy dearest feared that I would be laying a bad example for my younger ones. So, while my friends with whom I attended one of the most elite secondary schools in Nigeria moved to America and the UK for their university education, I went to UNILAG.
The hostels were an eyesore and I could not live there even if someone held a gun to my head. One lecturer that my dad knew gave me his BQ to use, rent free. His colleagues charge very high rates for rent but he let me use it free because he was either repaying my dad for a favour, or he wanted to seek favour with him.

I decorated the apartment lavishly to suit my taste and it was very warm and cozy. To make me feel better about schooling in Nigeria, daddy dearest bought me an SUV to move around in.

Classes were a breeze and I had no problems at all with academic work. The problem was with making friends. My course mates, like most other Nigerians had heard of my father, one of the richest men in Nigeria, and they seemed to resent me for it. Especially the girls who were jealous and felt intimidated.

It didn’t help that I was drop dead gorgeous, wore designer clothes and drove an SUV to class.

I have never apologized for privilege and I was not about to start. I loved the fact that I was born into wealth and I quite enjoy my lifestyle. Having no friends in school was a very small price to pay for the comfort I enjoy.

New Hall is the capital of UNILAG. That’s where the night life on campus is sweetest. It is also where you could get everything from suya to sharwama to ice cream and even subpar Chinese food.

I loved hanging out at New Hall till 10 or 11pm before retreating to the solitude of my apartment. I’d buy suya, icecream or sharwama and find a vantage point to sit, observing the students milling around as I ate my snack. When there was no good spot to sit, I simply sat in my car.

I made my first friend at the suya spot. We often bought suya around the same time every night. Eventually, we started talking and we sat together after buying the suya. Bayo was a good chap, we were both in Law but he was in 300L. He didn’t seem intimidated by my jeep or by my surname. Best of all, he was funny and easy to be with. He also helped with my coursework sometimes.

Today, he called to say he’s feeling ill and he can’t join me for our regular night ritual. He asked that I bring the suya up to his hostel. He was in Sodeinde Hall, which is in New Hall and we had sat in front of his hostel many times, gisting the night away. I also bought him Lucozade boost and some fruits.

Visiting hours were over, but the porters at the entrance opened the gate wide for me to pass through after I flashed a smile and gave them N1000 ‘for malt’.

His room number is 105, first floor. If I thought girls’ hostel was an eyesore, boys’ hostel was a refuse ground and I fought the urge to throw up. I eventually located the room and knocked twice before the door swung open.

Bayo closed it behind me as I stepped into a room that is surprisingly clean, despite the mess outside. Two mattresses were placed on the floor and I had no choice but to sit on one as there was no furniture in the room.

“Pele. How are you feeling? Have you been to the Medical Centre?” I asked, offering a warm smile.

He feebly replied, “Yes I have. They gave me drugs and I have used them”.

He joined me on the bed and I persuaded him to eat some of the fruits I brought. We sat in companionable silence for a while and then I felt his lips on my neck.

I turned to ask him what’s going on but he covered my mouth with his. Within the blink of an eye, I was flat on my back and he had me pinned to the bed.

I clawed at his back with my long nails and he raised his head and pinned both my wrists above my head, a feral look in his eyes.

I knew then that I was in big trouble. 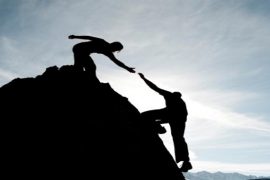 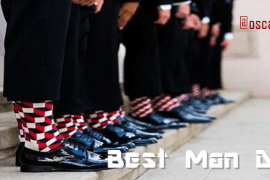