Catch up on missed episodes of Two Lives And A Soul

I stayed awake in bed for more than three hours, trying to tie the knot around the whole mystery of this future that daily eluded me of any hope to get back to my family. Presumed dead, perhaps with not even a body as evidence, I wasn’t sure if there was still a reason to be here. The deep inexplicable nudging inside me was the only impetus I now relied on. I was like a man on a mission with no road map.

It was a glimmer of hope, like a perfect pinch of salt added to a meal, to have this latest news about Sloane. My insinuations about him had definitely made it easy to connect the dots that fast. Ostensibly, he wasn’t the cop he had professed to his mum to be. No doubt he had that combative physic: the way he scrutinized me in the backyard garden made me want to confess sins I never committed; the way he stood, legs apart, arm instinctively by the hip as though ready to pull a weapon- all those were proof of his military exposure. But this news made no such announcement that he was a cop, or had once been.

The news had quickly moved on to the pressing state of Dr. Ethel Islo. She was currently in the ICU of the Pope Kuka Memorial Hospital where I had first come to the future as Sam. The images of that facility were the still strong in my head. I remembered the hall, the floor, and even the number of security personnel we had seen on our way down.

The news had purported that she had been attacked at the lab only a few minutes after she had been seen entering the facility. I remembered Abati and Isaaci telling me about the time when they had come from me at the ‘white room’ Dr Ethel had kept me in, away from her boss, and other scientists she shared the lab with. The attack was about forty-five minutes from that time. Which invariable meant that it was only a few minutes after I had found the exit door at the back of the lab which had been my miraculous escape route? Was my escape the cause of her attack, or was it because she had kept me away? Had anyone found out that she was hiding something, perhaps a complete human being in a closet?

I remember she had said the circumstances that surrounded my second death was grim, and that it was better I planned my resurfacing, or that I might never stand a chance of coming out of the lab alive. It was now apparent that Dr. Ethel Islo knew something, although the extent of her knowledge wasn’t certain. There was only a small chance that she would… She had done some encrypting on her work which wouldn’t allow anyone have access to it. At least, not easily. She had done that because she wanted to keep my news away from her colleagues, and invariably the public. Whether it was some high level encryption or not, was impossible to find out here. Sooner or later, my existence was still going to be known, but then I hoped I would have been safe in the hands of those who loved me.

I awoke just before dawn, not remembering when I fell asleep, or how I got to bed. More than ever, I desperately wanted to get back to my normal life. My original life. Whether things would be normal again for me, I needed to be there to find out. It was way better than being in someone else’s skin. True, one had to be careful what one prayed for.

A soft sound came in from the living room, and I cleared my eyes as I tottered towards the bedroom door. Seated on the double sofa was Rosemary, looking more stricken in age than I had ever seen her. Her palms were clamps together, and I immediately saw that her lips trembled. Was she cold? Right before her was a brimming cup of smoking hot herbal tea. Why wasn’t she taking it if she was cold?

She looked up at me, her lips now pressed together. She nodded her head a few times to assure me she was okay. I hadn’t bothered to learn of the conditions this old woman suffered. It was expected that she managed her health daily, but it hadn’t occurred to me until now that she could be in a critical state.

I knelt beside her, lifted the hot cup by its saucer and brought it up to her. She parted her lips just enough to take a sip. Her eyes said she was grateful, and I just held it up there till she was ready for another sip. After three sips, she motioned that I placed it down on the stool. I obeyed.

“He’s on the news,” a tear rolled down her face as she managed to say the few words.

I felt my muscles collapse underneath my skin. I didn’t know whether to react like it was news to me, or tell her that I had seen it the night before, just after she had fallen asleep right here. I decided not to say a word, I just stared blankly at her.

“Sloane is on the news,” she repeated, nodding her head in the direction of the TV. I looked at the TV, then back at her. The words lurked on my lips, but I refused to let them go. “I knew someday it would come to this,” she cried.

“Come to what? What is the matter with Sloane?” I was smacked out of my thoughts, and tried to grapple with what Rosemary just said.

“It was true after all. My fears were true.” She activated the TV again, and buried her head in her hands just as the green glass shimmered into live images. The presenter was now into some other global news. I waited patiently for Rosemary to lift up her head. When she did, her wrinkled face was smeared with tears. I instinctively held her fragile body in my arms and allowed her sob.

Was there a news update on Sloane’s matter? Last night he had been linked to the attack on  Ethel Islo. And just yesterday he had stood in this living room and told his mother he would be out of town. In this ultra-jet age, how was it possible for someone to disappear from all radar? Then I thought again, if Ethel could stall the knowledge of my existence, then there was of great certitude that he could still find a way to live. There was always a loophole somewhere. Na oibo wey do pencil, do eraser.

The wisp of a thought floated around my head. I was caught in its spell, only for it to be gone in a second. I tried to conjure it back to my memory; I even racked hard on my brain, but it was gone. I closed my….

“I have failed in my promise,” Rosemary cried. “I promised his mother that nothing would happen to him.”

Every cell in my body froze to attention the second Rosemary said those words. The words echoed a thousand times in my head. I opened my mouth, and it felt sore. “You… you are not his mother?”

My vision panned out, as I thought for a few seconds on what I just heard. Rosemary could sense the question I was about to ask, so she spoke quickly as if by this doing she wouldn’t have let out a long terrible secret she had kept for donkey years. “That’s her on the wall. That.” Rosemary pointed to an old metal frame that was just been hung on the wall. It wasn’t there all these while. The sculpted iron frame held the images of two young women.

I stood up and walked over to the wall, staring straight at the images confined to the tiny size of the frame. It was easy to guess that the petit lady was Rosemary. The other woman, older, more elegantly clothed, her chin straight and strong-willed, and lips full. Her eyes held the proof of a once seductive look, but her skin still shone like a well polished tusk. It was as though she was in a hurry to take the picture. I was almost there when the shot was taken.

I turned to look at Rosemary, still overwhelmed by the revelation. You were?

“Her name was Madam Sally.”

I wasn’t sure whether I heard her clear. I just stared and waited for Rosemary to correct herself. She didn’t. She had said the name, and it was no mistake.

A million and one questions- all about Sally- flooded my head. My heart hit painfully on my chest, attempting to break free from its restraint.

A strong hiccup pulled at my throat.

I turned to look at the image again. True, I know those eyes. I remember the first time I saw them. I remember. It was only a few days ago.

“What… what happened to her?” I could barely hear my own voice. 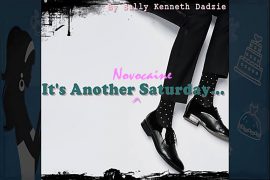 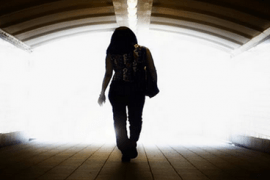